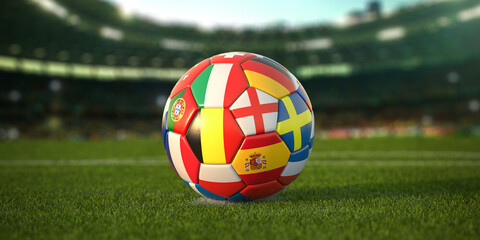 "The World Cup every two years is not a request from me, but from the FIFA Congress, which asked for a feasibility study," Gianni Infantino told Italian media Radio Anch'io Sport. "We have made a very serious study and from a sporting point of view it would work and the economic impact would be positive for everyone. In Europe there is opposition to this project but it is a way to include. But like the World Cups, the Euro could also be held every two years" (see in particular https://www.rainews.it/articoli/2022/01/fifa-infantino-mondiale-ogni-2-anni-funziona-05098c39-5430-4cca-a293-3986cecc1922.html ).

Once again, it appears that FIFA, in its dual role of world regulator and major economic operator in the market it regulates, is using its regulatory power (it is willing to authorise EURO every two years) to favour its own economic interests (in exchange, UEFA stops opposing the organisation of the World Cup also every two years), without caring about the damage thus caused to the original actors of football (the clubs and the players). Such behaviour is problematic under Article 102 TFEU, which prohibits abuses of a dominant position.